So, the meep is finally out of the ground and I can talk about the fact that I’ve been working with a couple of real-life heroes of mine – Corey and Lori Cole! 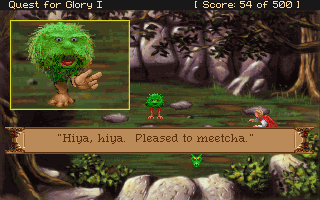 You may remember Corey and Lori from their work on the beloved Quest for Glory series, from Sierra back in the 90’s, unless of course you were born after that, in which case you’re making me feel old, go away! If you haven’t checked it out though, I highly recommend picking it up from GOG, it’s a steal at only $9.99! Though take my advice and substitute the second one with AGDI’s amazing VGA Remake. 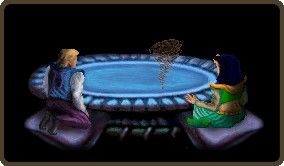 Alas though, Corey and Lori only own Quest for Glory in their hearts, which means they’re not able to continue the series, at least not without a lot of legal wrangling. But that doesn’t mean they can’t stop creating games with their unique touch, which brings us to their new RPG-Adventure Hero-U. 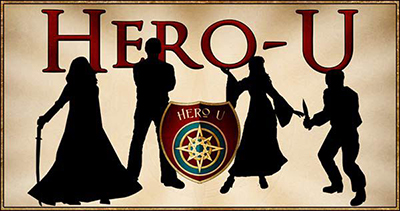 Now, you might be wondering where Brawsome fits in in all this. Well, I’ve been sending the Cole’s copies of my games since I released Jolly Rover in 2010. I send copies of my games to all my heroes, and sometimes I even get a reply! Corey and Lori were one such pair of heroes that got back to me and we’ve been chatting sporadically about this and that ever since. The sticking point in all these grand plans though is funding, but earlier in the year Tim Schafer showed the way to a new path of funding via kickstarter, and suddenly these dreams had a chance at crossing over into the physical realm. A true resurrection of the spirit of gaming! 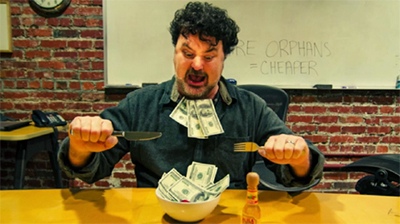 Corey and Lori could likely approach just about any developer to work with them on a new title, but they particularly liked the look and feel of MacGuffin’s Curse, so last month we started talking about how we could make this work and they shared their plans to launch a kickstarter to fund the project on October 19.

If you’d like to stay abreast of all the latest information on the project, go on over to their facebook page and give it a like. They regularly discuss ideas for the project on there and are welcoming feedback from fans. So if you ever wanted to have input on a new Corey and Lori adventure, what are you waiting for?! 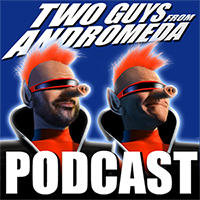 By the way, check out this podcast Chris Pope did with Corey and Lori on the Two Guys from Andromeda podcast. And if you like Sierra nostalgia, stick around on the site for more podcasts with other legends of adventure gaming.

I do all the boring stuff that's gotta be done so I get to do fun stuff sometimes.
View all posts by Andrew →
This entry was posted in Game Development and tagged corey cole, lori cole, MacGuffin's Curse, quest for glory. Bookmark the permalink.

One Response to Quest for Glory