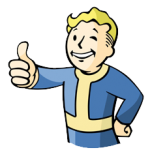 We’re at a stage in MacGuffin’s Curse where we’re starting to take down some of the scaffolding to reveal our work in progress, so we’re starting to get some feedback. There are many types of feedback and the difference between them can be quite drastic. People always say you should listen to feedback, but I’m here to say that’s not entirely true.

Quality feedback comes from someone who has genuinely taken the time to play and understand your game. It is well thought out and useful. Empty feedback is quick and dirty and doesn’t require much thought or time. An example of empty feedback is “I don’t understand what to do.” or “I like it how it’s colourful”. You’ll find most of the time your family, and sometimes friends, will give you this empty feedback. Don’t take it personally. An example of quality feedback is, “I didn’t feel like I had any direction, maybe you need a pop up box, or something in the dialog to prompt me to interact with something in the room.” or even “The path looked like a wall, so I was trying to go around it, maybe make it look flatter, or darken it a bit so it looks like it’s part of the ground.” The quality feedback is well thought out, and sometimes even offers a realistic solution. The realistic solution is important, it’s no good saying “I don’t like reading, you should really add voices”. I tend to find avid gamers, and people in the games industry tend to give the most quality feedback. It also helps if they appear interested in you, or your game.

When giving feedback, understand that it can be both positive and negative but the important thing is that it’s quality, this will get the respect of the person you’re giving feedback to and make it more likely they’ll want feedback from you in future.

I do all the boring stuff that's gotta be done so I get to do fun stuff sometimes.
View all posts by Andrew →
This entry was posted in Game Development, News and tagged Feedback, MacGuffin's Curse. Bookmark the permalink.