MacGuffin’s Curse on Steam this Halloween 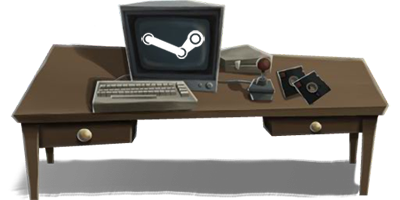 There were all manner of Steam puns I was considering with this title, but I didn’t want to trivialise the significance of this. MacGuffin’s Curse is going to be on Steam!

If you’ve been following the project, you’ll know that MacGuffin’s Curse is slated for PC, Mac, iPhone and iPad. So of course you’ll be seeing it on the App and Mac App stores, but for PC and Mac digital distribution we think Steam is still the best platform for indies to get their name out there. From experience it’s been hands down the best digitial distribution service for Jolly Rover, and we hope to be even more successful here with MacGuffin’s Curse. As with Jolly Rover, we’re again planning on supporting SteamPlay and the Cloud save feature as well as hooking into their achievement system. We’ve also already got controller support in for PC, and are working on adding it to Mac.

And what of this talk about a date? You heard correct. MacGuffin’s Curse is scheduled for release October 27th, which is just in time for Halloween. Werewolves. Halloween. Anybody?

I do all the boring stuff that's gotta be done so I get to do fun stuff sometimes.
View all posts by Andrew →
This entry was posted in News and tagged App Store, Mac App Store, MacGuffin's Curse, Steam. Bookmark the permalink.
https://thervs.org