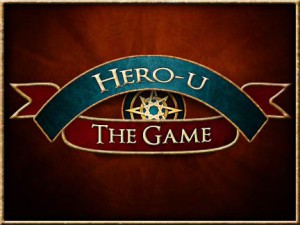 If you’re coming here for the first time, or the first time in a while. Hey, how’s it going? I suppose I’d better mention again that I’m working with the legendary Quest for Glory creators on a new project Hero-U. OMG! Right? Well, technically no-one’s working on anything yet, that’s why YOU have to go to the kickstarter page and become a backer for some truly awesome rewards!

You’re already a backer!? Well, aren’t you awesome! You’re in for a treat! While Corey, Lori and I aren’t making another Quest for Glory game, we’re making something much better! A NEW game that has all the awesome of Quest for Glory. It’s an adventure game, with RPG elements, much like Quest for Glory, but told from a top-down perspective, with conversation closeups, branching story, inventory, complex relationships, rivalries, combat, quests, STATS, STUFF! Even if you don’t end up backing the project, do check out the kickstarter page for a the lowdown on what it’s all about. Going to the page is FREE!

But heeeyyyy, I hear you wail, where’s the Halloween part of this post? Maybe THIS will explain things… 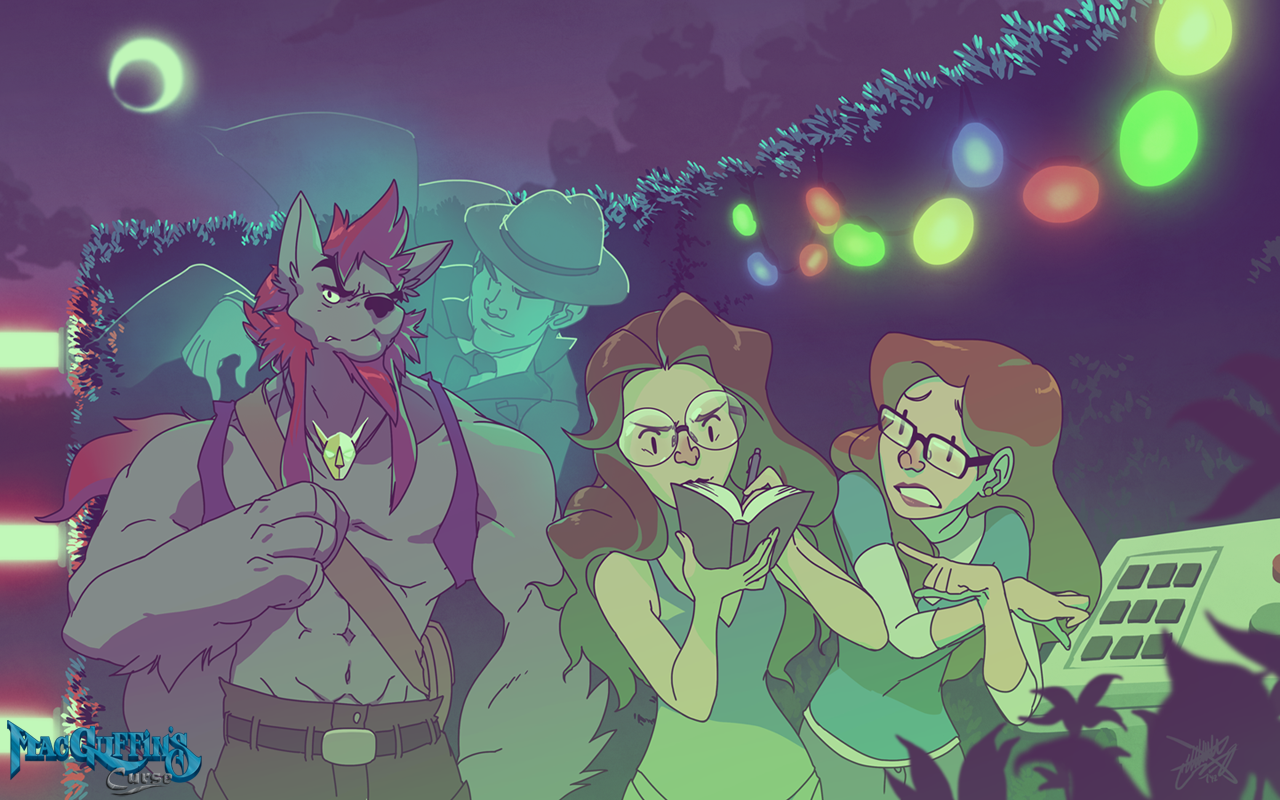 No? Well, okay, that’s pretty understandable. The image above was commissioned by Ben in his excitement over a big event coming up. You may notice MacGuffin’s Curse’s Judy and Lucas in an impossible crossover with Dave Gilbert’s Rosa Blackwell and Joey from his Blackwell series of games. This was created to be a nice bit of promotion surrounding MacGuffin’s Curse’s FIRST EVER BUNDLE! The Indie Royale Halloween Bundle!

Jolly Rover didn’t do too badly in the last Indie Royale Bundle earlier in the year, in fact, it was in the highest grossing Indie Royale bundle of all time! So when they approached me about putting MacGuffin’s Curse in their Halloween Bundle, I thought that sounded delicious. Like a pumpkin and maple syrup cupcake.

We were initially going to bundle with one of Dave’s Blackwell games, hence the top-notch piece you see above by artist Matt Cummings, but due to the ever-changing nature of these Bundles there’s no guarantees on who you’ll be sharing it with until it actually launches, and Dave’s game was put into an earlier bundle, much to Ben’s displeasure (i’m sugar coating here, much like the sugar coating on that pumpkin and maple syrup cupcake!). I can assure you though, that even though the lineup changes, we’re always sharing the space with awesome titles.

Since PAX I’ve been talking to all these cool indie devs about possibly bundling together, because Steam has gone Greenlight on that process too. Everything is outsourced now. Power to the people! (Don’t be mad Steam, you know I love you!). So I was going to do a bundle around now anyway, and when Indie Royale approached me about doing it I thought that would be a pretty good idea. They have some pretty strong marketing backing their bundles, and actively support it with a lot more time than I ever could. Their mailing list is also a lot bigger than mine. And they’re better dancers. So I’m hoping this is a good one. If you’d like to pick it up with a bunch of other awesome indie games you might never have heard of (but are probably awesome) go check it out! And if you see Ben, give him a hug and tell him you like the crossover piece, or he won’t be doing nice things for you ever again!

Now that the bundle is live, here’s the official list!

Now, if the awesome piece above wasn’t enough (and the heap of other quality MacGuffin’s Curse wallpapers here), I’ve got some extra bits and pieces to give away, in the form of some beautiful Hero-U artwork that has a distinctly Sierra flavor to it, owed to the talents of Eriq Chang and John Paul Selwood, who worked with AGDI on their amazing Sierra remakes. Below is an official bit of art, which you can make into a wallpaper somehow (Hey, I’m outsourcing. Just like Valve!). And a DIY wallpaper I made by mashing up some of my favorite Hero-U concept art to fit my 1920×1080 display.