Contracts, Legal and Licenses! Oh my!

Even though we’ve been working on MacGuffin’s Curse since about September last year, this week has been the first ‘official’ week on the project. Don’t be fooled into thinking it’s all fun and games though! This week has been about working out the finer details of copyright ownership, getting proper contracts with the team, and buying licenses for software we’ll need. It’s a long, costly and mostly boring process involving numerous trips to the scanner to sign and co-sign agreements.

In those 3 days I’ve been able to get on the project though, I’ve managed to get something small up and running in Unity though, even if it is only Gaius walking around on some pixel-perfect programmer art tiles that handle multiple-resolutions beautifully. Because it’s a 2D game, I bought the Sprite Manager 2 and EZ GUI Bundle from Above and Beyond Software right away. I’ve been thinking about how to handle 2D in Unity for a while and it just stood out as the best solution, and means we can worry about making the game awesome rather than mucking around with 2D sprite issues for weeks. 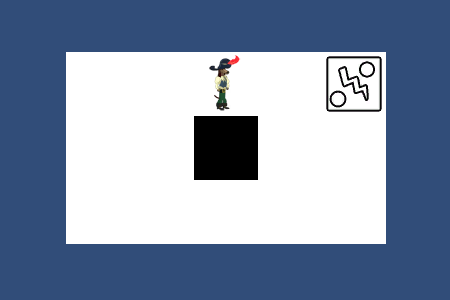 On the design side, Ben has been remembering how much fun it is to create the many asset lists we’ll need, and working with artists to get some initial concept stuff done with very exciting results. Hopefully we can use it to make some snappy business cards to wow the folks we’ll be meeting at GDC.

I do all the boring stuff that's gotta be done so I get to do fun stuff sometimes.
View all posts by Andrew →
This entry was posted in Game Development and tagged GDC, MacGuffin's Curse. Bookmark the permalink.

One Response to Contracts, Legal and Licenses! Oh my!