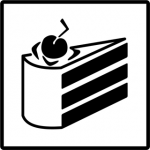 In game development, a vertical slice refers to a portion of the game that can be considered representative of the final game. I like to think of it as a cross section of a piece of cake, a “vertical slice” if you will. The problem with a vertical slice though, is you’ve got to bake the whole cake before you can take it. Well, that’s not entirely true, more like baking a muffin, which will taste like the final cake. I feel like a coffee would go well with that last paragraph.

A vertical slice is good for publishers and the like because they can get their hands on the game and understand exactly what they might be investing in, as aside to seeing a pitch or design document. A vertical slice is not usually good for developers because they’ve got to get final assets in place very quickly, which is especially inefficient if they’re trying to secure contractor time at awkward blocks in the project, which is especially true of audio.

We’ve been working diligently away on MacGuffin’s Curse to reach this vertical slice for probably longer than we initially imagined, because we’re perfectionists and want to show a polished product. We’re nearly there, but not quite. A lot is hinging on this vertical slice, it could mean the difference between getting successful distribution and disappearing into obscurity, which is why we see benefit in taking the time to make it awesome even if it takes a few extra weeks. Because what’s a few weeks in a 26 week development cycle?

One thing I realise in hindsight is that Jolly Rover was at the vertical slice stage when I received funding for it, because I had built the prototype and paid to get assets done before seeking further investment – which was expensive! The vertical slice of Jolly Rover was what allowed me to move so rapidly on development as a one man design/production/programming team, so while it can be inefficient to do a vertical slice, there are good things to be said for the development of one early on.

I do all the boring stuff that's gotta be done so I get to do fun stuff sometimes.
View all posts by Andrew →
This entry was posted in Game Development and tagged Game Design, MacGuffin's Curse, Programming. Bookmark the permalink.