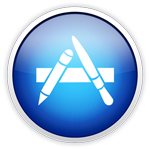 I tell you, people have been hounding (oh mercy) me about this for months! So a few weeks ago after getting back from GDC I began the journey of getting Jolly Rover on the Mac App Store, and lo and behold it’s releasing there in all its award winning glory on April 15th! So, if you’ve been waiting specifically for me to stop being a jerk about it and put the game on the Mac App Store, your wait is (almost) over!

In all honesty, there were several hoops to be jumped through – it wasn’t just a matter of submitting it and waiting for approval; but Apple, to their credit, have been really helpful getting me through those hoops, and people that know me know I like to bitch and moan when things don’t work! So, maybe I’ll come around to the Apple camp someday, maybe. If Jolly Rover sells well there you can bet I’ll have a few Apple-branded flags to wave!

I do all the boring stuff that's gotta be done so I get to do fun stuff sometimes.
View all posts by Andrew →
This entry was posted in News and tagged Jolly Rover, Mac App Store. Bookmark the permalink.